Although every OKI county contains some portion of the region’s 479 total miles of freight rail, the two counties of Hamilton (32 percent) and Butler (25 percent) combined contain over half of the region’s total rail miles.

There are seven Class I railroads in North America. Two of the seven, CSX and Norfolk Southern (NS), operate within the OKI region. Sixty-four percent of all the rail miles in the region are operated by these two Class I railroads. The greatest percent of Class I miles (35 percent) is located in Butler County.

Before discussing rail infrastructure, an overview of the five primary rail freight vehicle or car types might be helpful to the reader. Just as trucks vary in size and design to handle the transport of different products, so too do rail freight cars. All definitions were gathered from CSX’s online Railroad Dictionary.

The similarities between rail and roads continues in that rail infrastructure is just as diverse as our road network to handle the movement, parking, and loading/unloading of trains. A variety of tracks, facilities and signals are designed to transport rail freight safely and efficiently. Since most of us only witness trains as we are stopped at rail grade crossings, a listing of the primary rail infrastructure elements is provided to inform the reader as to the components of the vast network in operation throughout the OKI region. 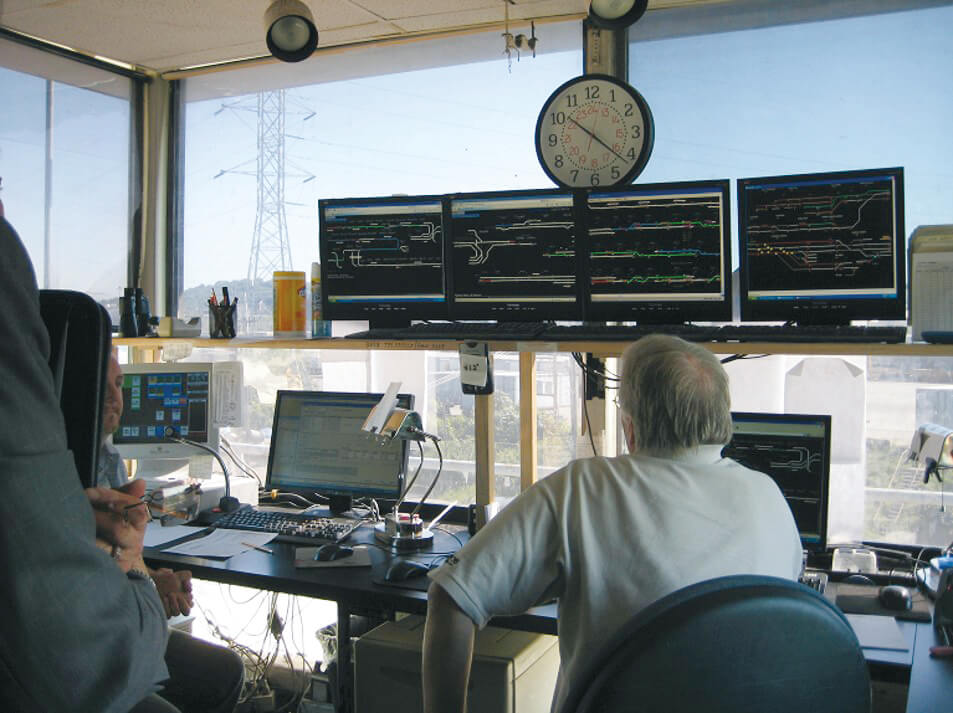 Similar to traffic signals along roadways, the rail network has its own set of rail signals which directs train traffic and conveys instructions regarding the driver’s authority to proceed. Without rail signals, trains could not safely operate especially along shared single track lines.

Rail signals contain color lights that are red (stop or danger), green (track clear), and yellow (warning). However, unlike a roadway traffic signal, color lights are most often used simultaneously to convey track conditions ahead and how the train should be operated. Multiple tracks are accompanied by multiple rail signals. As rail signals are understood and acted upon, train crews report their actions via radio communication with dispatchers. To learn more about rail signals, the reader can visit YouTube and use the phrase “how to read rail signals” to search for educational videos created by CSX, NS and other railroad operators for public audiences.

Although 70 percent of rail crossings in the OKI region are rail grade crossings with public or private roadways, not all crossings are at grade or intersect with a roadway. Crossings can also be completely separated from roadways via an overpass (railroad bridge) or underpass. Crossings can also be publicly- or privately-owned given the adjacent property ownership or type of roadway. Ninety-four percent of all private crossings are at grade. Most crossings (67 percent) are public. Hamilton County is home to the greatest number of crossings at 35 percent of the region’s total.

While the purpose of most rail crossings is to carry trains over, under or across roadways, 23 of the region’s crossings are pathways for pedestrians. Over half of these pathway crossings are in Hamilton County.

Most public rail crossings are found in residential (34 percent) and commercial (26 percent) areas, while the greatest number of private rail crossings are in either farm (35 percent) or industrial (30 percent) areas. These percentages reflect the history of our communities in that people and businesses were established to have direct access to the railroad for goods and personal travel. Development type data was not published for four rail crossings.

Seventy-five percent of all rail crossings report their roadways as being paved. Asphalt or a combination of asphalt and timber is the primary crossing surface description for 61 percent of crossings.