Although eight public airports currently operate in the OKI region, only the Cincinnati/Northern Kentucky International Airport (CVG) transports air cargo. Our focus, therefore, for this discussion of existing air cargo will be directed at CVG freight conditions and operations.

However, with OKI’s eye on the future, we have included some information for the other seven public airports so that their current infrastructure, conditions, and operations are documented as a set of base 2021 performance measures within this plan. These airports represent public infrastructure investments that could be leveraged as air freight technology continues to advance. In the future, these smaller public airports may hold great potential as possible vertiports.

The Federal Aviation Administration (FAA) defines a vertiport as “A location from which Urban Air Mobility (UAM) flights arrive and depart. A Vertiport is used explicitly when the context indicates functionality to support UAM operations that is not present in current National Airspace System (NAS) operations.”

UAM flights might include Unmanned Aerospace Vehicles (UAVs), Vertical Take-Off and Landing Aircraft (VTOLs) and other yet to be identified new means of air cargo transport. We will discuss the exciting opportunities envisioned for the future of air freight transportation in a later component of this Freight Plan.

All eight airports are in the FAA’s National Airport System. CVG is the region’s only Primary Airport, Medium Hub, which is defined based on its passenger, not cargo status as an airport that accounts for between 0.25 percent and one percent of total U.S. passenger enplanements.

Enplanements is a term used to represent all passengers or cargo that board a plane at a particular airport, including connecting passengers who originated at other airports.

Besides CVG, there are 30 other medium hub airports in the country that combined account for 16 percent of all U.S. enplanements. The OKI region’s other airports are defined as nonprimary airports with FAA designated “roles” of National, Regional, Local and Unclassified.

National airports are located in metropolitan areas near major business centers and support flying throughout the nation and the world. These airports provide pilots with attractive alternatives to the busy primary airports. Lunken is the region’s only National airport.

Regional airports are also in metropolitan areas and serve relatively large populations. These airports support regional economies with interstate and some long-distance flying; and they have high levels of activity, including some jets and multiengine propeller aircraft. Butler County/Hogan Field and Clermont County Airport are Regional airports.

Local airports are a critical component of our general aviation system, providing communities with access to local and regional markets. Typically, local airports are located near larger population centers but not necessarily in metropolitan areas. They also accommodate flight training and emergency services. These airports account for 37 percent of all National Plan of Integrated Airport Systems (NPIAS) airports. Middletown/Hood Field, Cincinnati West and Lebanon/John Lane Field are all Local airports.

The region’s only Unclassified airport is Miami University Airport, which is currently being leased by CVG for potential Unmanned Aerial Vehicle (UAV), Vertical Take Off Landing (VTOL), and other innovative, unmanned, aerial vehicle technology testing. 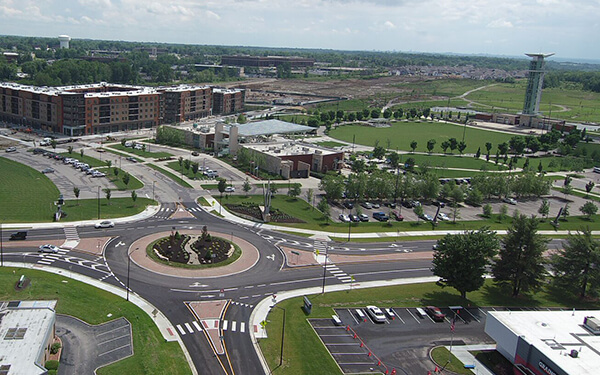 Other Runway-Related Items Worth Noting

The OKI region witnessed only one change in its public airport status since OKI completed the last Regional Freight Plan in 2011. In May 2017, the City of Cincinnati sold the former Blue Ash Airport to Developer Al Neyer for $8.3 million plus $1.35 per square foot of office space per year for 20 years. The Blue Ash Airport has been transformed into Summit Park and its adjoining 98 acres is being developed in phases for a mixed-use project called “The Neighborhoods of Summit Park.” 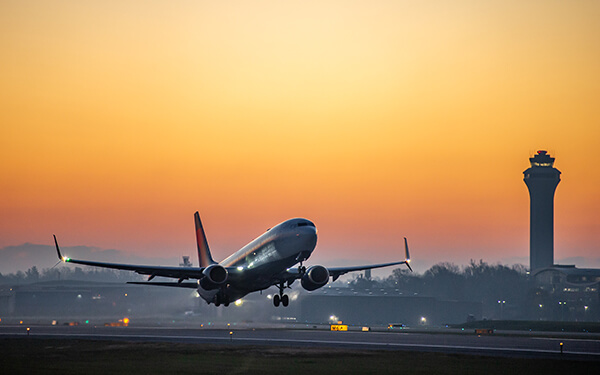 The OKI Region is soaring to new heights in terms of air cargo due to CVG’s strategic infrastructure investments and DHL and Amazon’s decisions to locate their mega hubs to the region. With consumers turning more and more to e-commerce for their retail needs, while existing businesses expand, and new businesses are attracted to the region by CVG’s ability to deliver goods and services — growth is projected to continue to rise. Nonstop air cargo growth will place greater demands upon CVG to maintain its current levels of safety, maintenance, and transport reliability while minimizing negative environmental and community impacts.